VPSDime is one of the most affordable VPS hosting providers on the market. Their pricing is cheaper than the most popular web hosts, and their offerings include Linux VPS, Storage VPS, and Premium VPS.

Although their pricing plans are one of the most affordable in the market, they might not be the best choice for every business. Read our review to learn more about VPSDime.

VPSDime is a web hosting provider that offers affordable VPS hosting. Although they aren’t that well known, they have made a name for themselves by offering some of the cheapest pricing plans in the market.

Their starter VPS plan comes with 6 GB RAM for only $7 per month. Most other web hosts charge up to $50 for that much RAM. VPSDime also offers cheap Storage Servers you can use to back up your files or create a storage-related application.

VPSDime may not be the most popular kid on the playground but they have been around since 2013. They are trusted by businesses around the world.

VPSDime offers 3 different types of VPS plans. Each type is suitable for a different purpose. There is no one-size-fits-all plan. But, no need to worry! I will guide you through what each plan offers and what distinguishes these plans.

VPSDime is known for its entry-level Linux VPS plans. These plans are some of the cheapest on the market but that doesn’t mean they don’t pack any heat.

All of these plans are comparable to what other web hosting providers offer. Most of VPSDime’s plans offer much more resources than most of their competitors:

Premium VPS Plans are for serious business owners who want to scale their businesses without any hiccups. These plans can handle thousands of visitors every day.

If you want to give your website a speed boost, you need a fast VPS! VPSDime’s Premium VPS Plans come with a lot more resources than their entry-level Linux VPS Plans.

What’s premium about these plans is that they offer a Dedicated CPU Core unlike the Linux Plans:

Get a Premium VPS

VPSDime’s Storage VPS Plans offer an affordable way to back up your files to the cloud. Whether you need storage for your web application or to backup your files, these plans are perfect for you.

Unlike most other storage VPS providers, VPSDime offers very cheap yearly plans that let you offload 100 GB and 250 GB for $40 per year and $60 per year respectively:

Lots of Operating Systems To Choose From

VPSDime lets you choose between many different operating systems for your VPS including Debian, CentOS, Ubuntu, Fedora, ScientificLinux, and OpenSUSE. Most web hosts only offer Ubuntu or Fedora.

You can install any of the supported operating systems on your VPS without paying any additional fees.

Almost all VPSDime plans come with SSD Storage except the storage plans, which are designed for backups and storage only. If your website is running on HDDs right now or on Shared Web Hosting, then you will see a visible boost in speed if you move your site over to a VPS.

Which VPSDime plan should I get?

VPSDime offers three different types of plans; each of these plans is designed for a specific use-case. For example, their Storage VPS plans are for those looking to store their files and backups for a cheap price.

If you aren’t sure which plan to go for, let me make it easy for you and help you choose the right offering:

Are VPSDime’s Linux VPS Plans Right For You?

VPSDime’s Linux VPS plans are best for businesses just getting off the ground. These plans are the cheapest on the market and save you a lot of money in the first few months of starting your operations.

You probably won’t get a lot of visitors in the first couple of months or even the entire first year of starting your online business. These plans will save you a lot of money in those first months when you are just gaining traction.

If you are just getting started, VPSDime’s cheap Linux VPS Plans are perfect for you. We recommend starting with the cheapest $7 per month plan and then moving up as you scale your business. You can always upgrade your plan from the control panel.

Are VPSDime’s Premium VPS Plans Right For You?

VPSDime’s Premium VPS Plans are designed for businesses that are gaining a lot of traction. If your business is growing fast or if you already get a lot of traffic, these are the right plans for you.

These plans give you dedicated resources. Unlike the cheaper Linux Plans, on these plans, your VPS won’t have to share the same RAM and CPU with other Virtual Private Servers on the same server.

If your website gets a lot of a visitors, you need to get on the a Premium VPS. These plans can handle thousands of visitors without breaking a sweat. If you want your website to run smoothly for all your visitors even when you get a surge in traffic, you need a VPS that can handle the load.

Are VPSDime’s Storage VPS Plans Right For You?

VPSDime’s Storage VPS Plans are for those who want to back up their files or store files for their web applications. These plans are cheap and can act as a place to backup all your files.

If you are looking to backup or store a lot of data for cheap, then these are the right plans for you. You can get 100 GB of storage for only $40 per year, which is cheaper than most web hosting providers.

How Much Does VPSDime Cost?

VPSDime’s pricing varies depending on the type of pricing plan you choose. Their cheapest VPS plan costs $7 per month and comes with 6 GB of RAM. Their Premium line of VPS hosting starts at $20 per month and offers dedicated resources for your account.

Is VPSDime Good For Beginners?

VPSDime offers cheap VPS Hosting which may not be the easiest to manage for a beginner. Unless you are willing to get your hands dirty learning some simple Linux commands, I would recommend you not to launch your website on a VPS. If you are a beginner, we recommend going with Siteground instead. They offer affordable web hosting that is very easy to manage.

What Control Panel Does VPSDime Offer?

VPSDime offers a custom-built control panel that lets you manage your VPS, view statistics, and upgrade or downgrade it. It offers basic controls such as shutting down and restarting your VPS. You can, however, always connect to your VPS using SSH to gain complete control over it.

Is There a Money-Back Guarantee?

Although VPSDime backups their entire infrastructure for disaster-related outages, they don’t offer daily backups on their Linux VPS Plans. However, you can pay $5 per month to get nightly backups for your VPS.

Is There an Uptime Guarantee?

Yes! VPSDime guarantees that your VPS will be online 99.9% of the time.

If you don’t want to manage your own VPS, I recommend going with Siteground’s Shared Web Hosting. It is designed with beginners in mind. It is the easiest way to launch, manage, and scale your website.

If you are a WordPress user with serious traffic, I recommend going with a Managed WordPress hosting provider such as Kinsta. They make it easy for you to launch, grow, and scale your WordPress website. It’s like having a team of professionals working day and night to help you scale your operations for next to nothing.

If you want to run your website on an enterprise-level platform, I recommend trying Digital Ocean or Vultr. Both of these platforms offer cheap VPS servers that might not be as cheap as VPSDime but offer the stability of a complex, robust platform that is trusted by thousands of big-name companies around the world.

VPSDime is an affordable VPS provider that can help you save a ton of money if you are just getting started. They are trusted by a lot of businesses around the world. Their support team is quick to answer your queries.

If you are on a budget, then going with VPSDime makes a lot of sense. But if money isn’t an issue for you, I recommend going with a more mature platform such as Digital Ocean or any of the alternatives we recommend above. 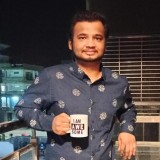